How can companies defend against adversarial machine learning attacks in the age of AI?

The use of AI and machine learning in cybersecurity is on the rise. 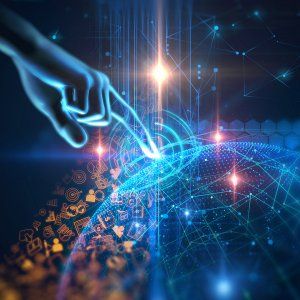 The use of AI and machine learning in cybersecurity is on the rise. These technologies can deliver advanced insights that security teams can use to identify threats accurately and in a timely fashion. But these very same systems can sometimes be manipulated by rogue actors using adversarial machine learning to provide inaccurate results, eroding their ability to protect your information assets.

Most research in the adversarial domain has been focused on image recognition; researchers have been able to create images that fool AI programs but that are recognizable to humans. In the world of cybersecurity, cybercriminals can apply similar principles to malware, network attacks, spam and phishing emails, and other threats.

How Does Adversarial Machine Learning Work?

When building a machine learning algorithm, the aim is to create a perfect model from a sample set. However, the model uses the information in that set to make generalizations about all other samples. This makes the model imperfect and leaves it with blind spots for an adversary to exploit.

Adversarial machine learning is a technique that takes advantage of these blind spots. The attacker provides samples to a trained learning model that cause the model to misidentify the input as belonging to a different class than what it truly belongs to.

What Does the Adversary Know?

The sophistication of an attack and the effort required from the adversaries depends on how much information attackers have about your machine learning system. In a  model, they have information about inputs, outputs and classification algorithms. In a  model, the attackers only know the scores that your model produces against inputs. A  model is the hardest to exploit because the attackers only know classifications such as zero/one or malicious/benign. 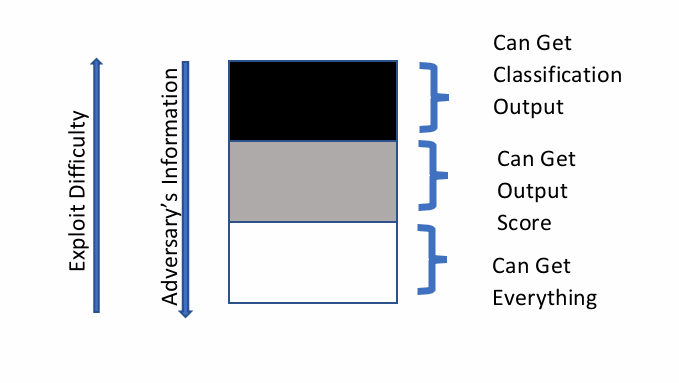 There are two primary types of adversarial machine learning attacks: poisoning attacks and evasion attacks. Let’s take a closer look at the similarities and differences between the two.

This type of attack is more prevalent in online learning models — models that learn as new data comes in, as opposed to those that learn offline from already collected data. In this type of attack, the attacker provides input samples that shift the decision boundary in his or her favor.

For example, consider the following diagram showing a simple model consisting of two parameters, X and Y, that predict if an input sample is malicious or benign. The first figure shows that the model has learned a clear decision boundary between benign (blue) and malicious (red) samples, as indicated by a solid line separating the red and blue samples. The second figure shows that an adversary input some samples that gradually shifted the boundary, as indicated by the dotted lines. This results in the classification of some malicious samples as benign. 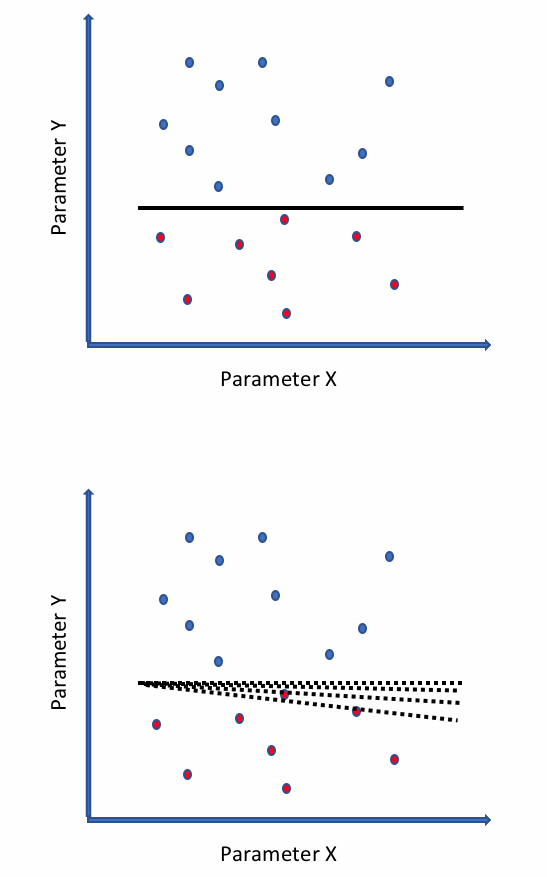 In this type of attack, an attacker causes the model to misclassify a sample. Consider a simple machine learning-based intrusion detection system (IDS), as shown in the following figure. This  decides if a given sample is an intrusion or normal traffic based on parameters A, B and C. Weights of the parameters (depicted as adjustable via a slider button) determine whether traffic is normal or an intrusion.

If this is a system, an adversary could probe it to carefully determine the parameter that would classify the traffic as normal and then increase that parameter’s weight. The concept is illustrated in the following figure. The attacker recognized that parameter B plays a role in classifying an intrusion as normal and increased the weight of parameter B to achieve his or her goal.

How to Defend Against Attacks on Machine Learning Systems

There are different approaches  preventing each type of attack. The following best practices can help security teams defend against poisoning attacks:

Defending against evasive attacks is very hard because trained models are imperfect, and an attacker can always find and tune the parameters that will tilt the classifier in the desired direction. Researchers have proposed two defenses for evasive attacks:

Another effective measure is to use , a Python library that benchmarks machine learning systems’ vulnerabilities to adversarial samples. This can help organizations identify the attack surface that their machine learning models are exposing.

According to a Carbon Black report, 70 percent of security practitioners and researchers said they believe attackers are able to bypass machine learning-driven security. To make machine learning-based systems as foolproof as possible, organizations should adopt the security best practices highlighted above.

The truth is that any system can be bypassed, be it machine learning-based or traditional, if proper security measures are not implemented. Organizations have managed to keep their traditional security systems safe against most determined attackers with proper security hygiene. The same focus and concentration  required for machine learning systems. By applying that focus, you’ll be able to reap the benefits of AI and dispel any perceived mistrust toward those systems.